I am contemplating adding a new distribution option to the package simstudy that would allow users to define a new variable as a mixture of previously defined (or already generated) variables. I think the easiest way to explain how to apply the new mixture option is to step through a few examples and see it in action.

The data generation now proceeds as usual in simstudy: 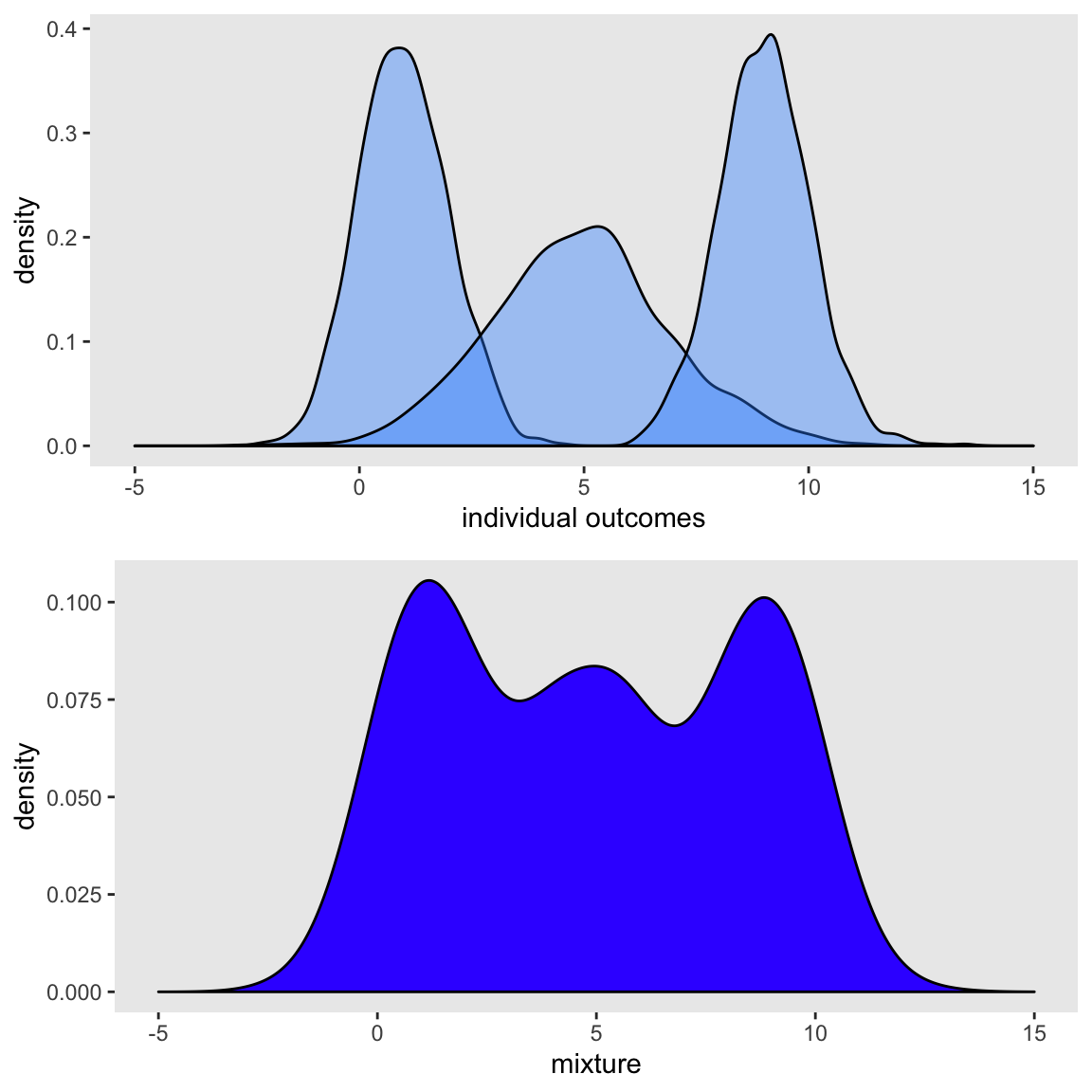 And it is easy to show that the mixture proportions are indeed based on the probabilities that were defined:

One classic mixture model is the zero-inflated Poisson model. We can easily generate data from this model using a mixture distribution. In this case, the outcome is \(0\) with probability \(p\) and is a draw from a Poisson distribution with mean (and variance) \(\lambda\) with probability \(1-p\). As a result, there will be an over-representation of 0’s in the observed data set. In this example \(p\) = 0.2 and \(\lambda = 2\): 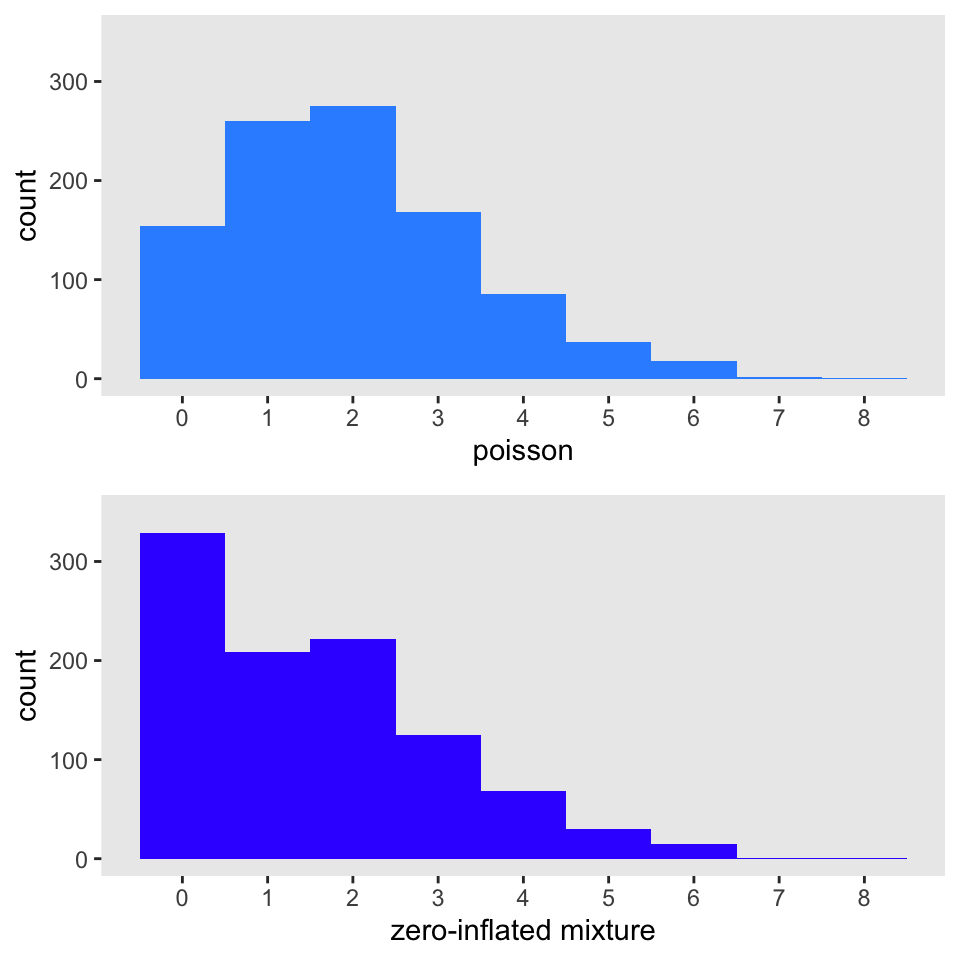 I am fitting model below (using the pscl package) to see if it is possible to recover the assumptions I used in the data generation process. With 1000 observations, of course, it is easy:

The estimated value of \(lambda\) from the model is the exponentiated value of the coefficient from the Poisson model: \(e^{0.6959}\). The estimate is quite close to the true value \(\lambda = 2\):

This scatter plot shows the relationship between \(y_{obs}\) and \(x\); the red dots represent the observations drawn from the outlier distribution: 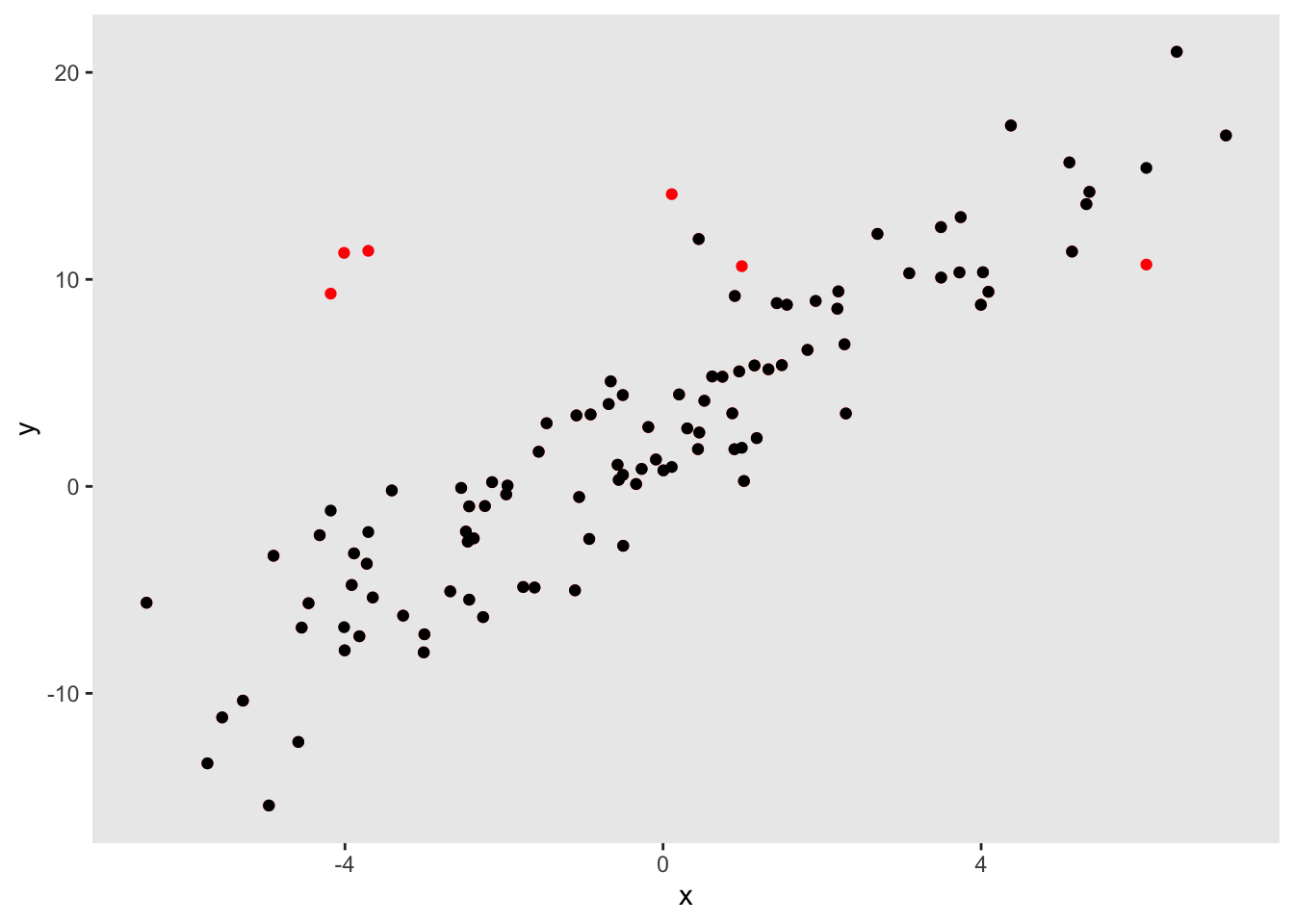 The scatter plot below includes the fitted lines from the estimated models: the blue line is the true regression model, the red line is the biased estimate based on the data that includes outliers, and the black line is the robust regression line that is much closer to the truth: 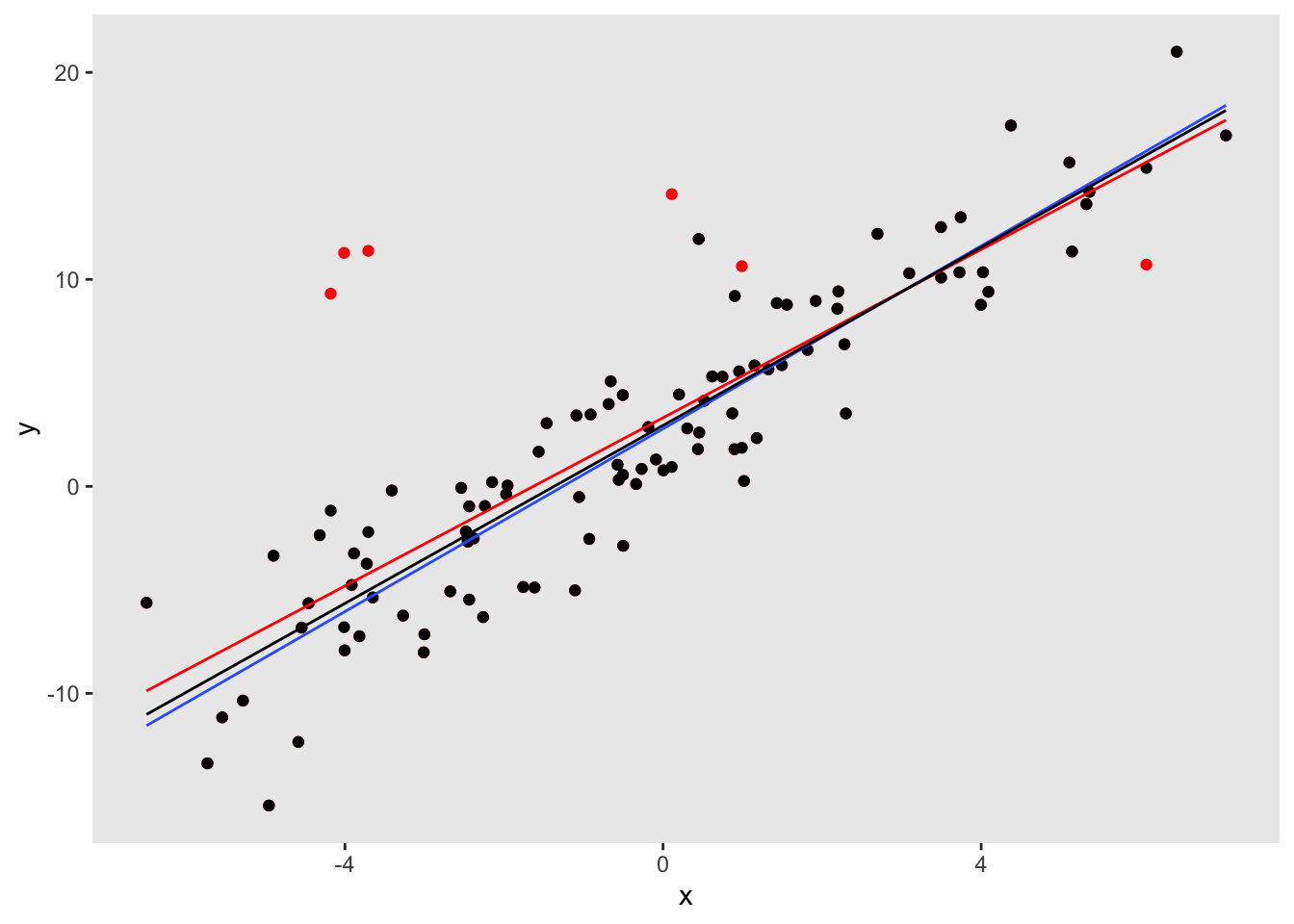 The mixture option is still experimental, though it is available on github. One enhancement I hope to make is to allow the mixture probability to be a function of covariates. The next release on CRAN will certainly include some form of this new distribution option.