“I am working on a simulation study that requires me to generate data for individuals within clusters, but each individual will have repeated measures (say baseline and two follow-ups). I’m new to simstudy and have been going through the examples in R this afternoon, but I wondered if this was possible in the package, and if so whether you could offer any tips to get me started with how I would do this?”

This question popped up in my in-box a couple of days ago. And since I always like an excuse to do a little coding early in the morning to get my brain going, I decided to create a little example, though in this case, there were at least two ways to go about it. I sent back both options, and am putting them up here, since I know this kind of data generation problem comes up frequently. In fact, the post I recently wrote on open cohorts in stepped-wedge designs had to deal with this same issue, though in a slightly more elaborate way.

Enough with the preliminaries - let’s get to the data generation. In the first approach, both levels of correlation will be induced with group- and individual-level random effects using the following underlying model: 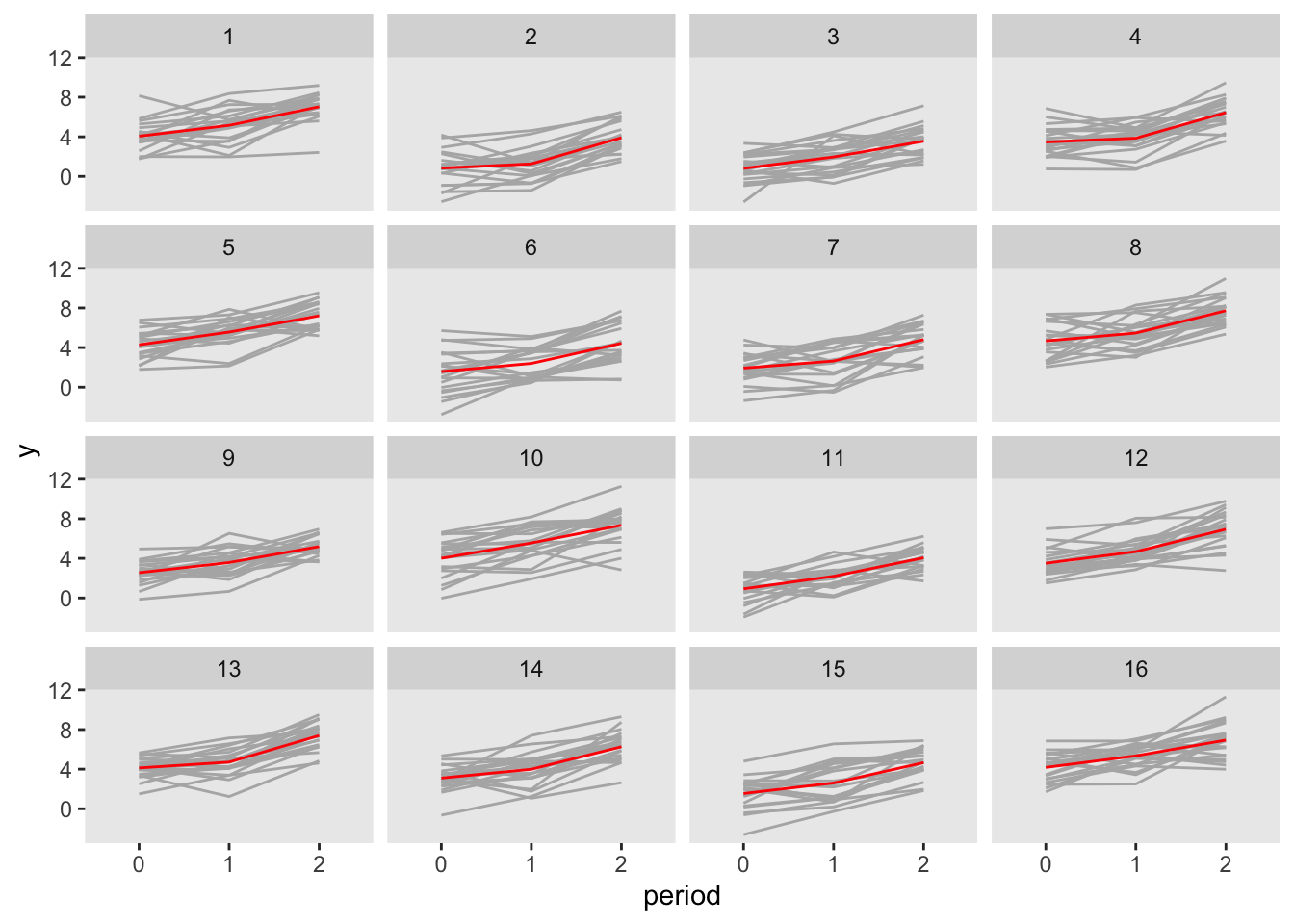 The correlation \(\rho\) show be close to

(For a more elaborate derivation of correlation coefficients, see this post on stepped-wedge designs.)

In this second approach, the group-level correlation is once again generated using a group effect. However, the individual-level effect is replaced by noise that is explicitly correlated across time. The model here is

In the data generation process, the function addCorGen is used to create the correlated noise across time:

I won’t do a second plot, because it would look identical to the one above. But I am calculating the covariance and correlation matrices for the outcome to illustrate for you that the two slightly different approaches do indeed generate similarly distributed data.

In the example here, I wouldn’t say either approach is better. For some, the purely random effects approach may be more intuitive, and for others the correlated noise might be. However, if we want a more complex correlation pattern, like the AR-1 pattern I mentioned earlier, one approach may in fact be a little more straightforward to implement.

And no, I don’t respond so thoroughly to every question I get; sometimes it is better for you to struggle a bit to figure something out.